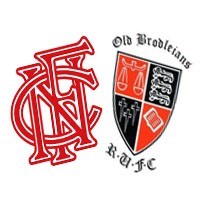 1st XV is at home to Old Brodleians, from Halifax, for what could be our hardest test so far this season. This game is an RFU Intermediate cup game which potentially could lead to a final at Twickenham.  Old Brods are currently in second place in Yorkshire 1 league and have a great defensive record with just 120 points scored against them (Northern 194) but they have only scored 232 points (Northern 472) - having played 10 games to Northern's 11.  Might be an interesting contrast in team strengths.
The pre-match lunch is Steak & Ale pie, plus veggies from about 1pm.
If the rain persists and the Northern pitch is unplayable we will transfer the game to the Falcons.
Note this game is a 2pm kick-off.