Club Mirror – “This annual event creates a unique opportunity for clubs to come together under one roof and to celebrate the best in the business, as well as meeting friends and industry peers with an unparalleled night of food, drink and entertainment, well known for providing the perfect informative – and fun –way to network with suppliers and fellow clubs.” The awards take place on Thursday 28th November at Doncaster Racecourse.

This year, Northern are nominated for Innovation Club of the Year and Rugby Club of the year. Everyone at the club would like to thank those at the awards for these nominations. We would also like to pass on thanks to the local community around the club, for making Northern a part of their lives. Even if you aren't a rugby fan, Northern is a place to relax and socialise with friends over a drink. The club is open for anyone to come and enjoy. There is no need to be a memeber. Spread the word about our great club!! 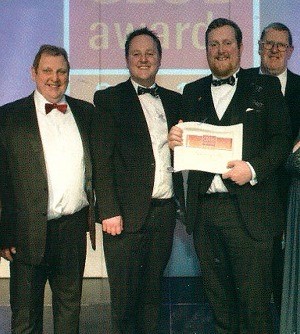 As mentioned above, this will not be the first time Northern have attended these awards. In previous years, we have been lucky enough to win the following:

Here is a video of Northern collecting their award at last year's awards - https://www.youtube.com/watch?v=v_bJc57jn6E