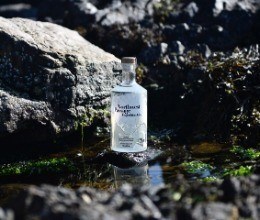 Since hanging up my rugby boots quite a few years ago I have taken up river rowing and more recently ocean rowing, in 2019 rowing the Atlantic Ocean.
In 2021 I am part of the NWP2021 team aiming to row the Northwest Passage, the 2,300 arctic route between the Atlantic and Pacifica Ocean, only clear of ice a few months of the year. If successful it will be a world first.
As you can imaging in these Covid times sponsorship has been hard to come by so we have created our own Gin to help fund the expedition and Ocean Conservation, by supporting Big Blue Ocean Cleanup
Northwest Passage Expedition Gin is distilled in Orkney, the home of one of our crew and the last port of call for many explorers making the hazardous journey to the Arctic and Northern Canada, it is flavoured with botanicals from the shores of Orkney and the Hudson Bay, including the seaweed Sugar Kelp, and takes water from the same source that Captain Cook and Sir John Franklin used to stock their ships before venturing into the ice. 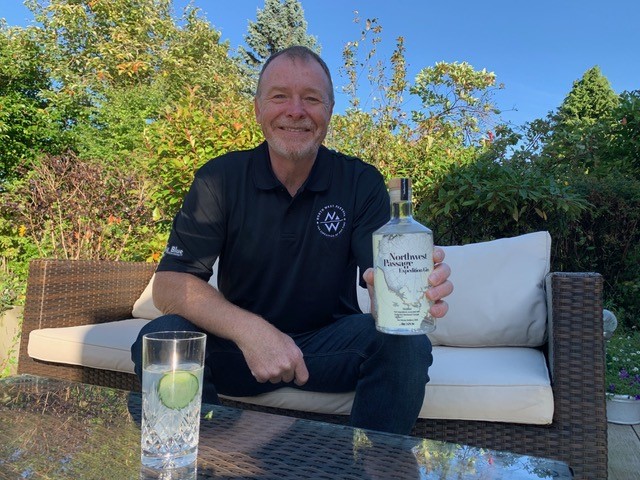 You can buy a bottle and support our bid to row the Passage and support ocean conservation by following this link — http://www.nwpexpeditiongin.com/?aff=3
Thanks for your support, follow us on my Facebook Phil Kite or NWP2021 or Twitter @Team_Tyne
Keep safe and enjoy the Spirit of Adventure, Northwest Passage Expedition Gin.

The Northwest Passage is the Arctic route that links the Atlantic and the Pacific oceans. It has been sought-after by explorers for centuries, who have been intent on braving the ice and storms to find a trade route to Asia.

Next summer, our team of experienced ocean rowers (NWP2021), will attempt an expedition like no other, to be the first to navigate the Northwest Passage by rowing boat.

Navigating the Northwest Passage by human power alone is considered the ‘Last Great First’ on earth. But it hasn’t always been possible. Climate change has resulted in the sea ice retreating for longer periods each year, keeping the route open from July to September, which is when the rowers plan to embark on this incredible challenge.

Whilst rowing the 2300m Arctic route, the team will draw attention to the drastically changing environment by taking part in meaningful data collection for Big Blue Ocean Cleanup, one of the world’s leading ocean conservation organisations. They are helping help keep the oceans clean by protecting vulnerable marine animals, providing free educational resources, researching ocean pollution for policy change, and supporting the development of innovative technologies.

The search for the Northwest Passage began in the 15th century, as Europeans sought a route to Asia for trade. Over the next centuries, some of the western world’s best explorers attempted the route: Sir Francis Drake, Martin Frobisher, Captain Cook, Sir John Franklin, and John Ross. But every one of them was foiled by the brutal conditions and the enveloping ice. The area was eventually mapped by the likes of the Hudson Bay Company and the North West Company, and the existence of a route began to fall into doubt after so many failed attempts to locate it.

If you are a past Northern player, we'd love to hear from you. Let us know about your time at the club and what you've been up to since hanging up your boots. Please send your story to michael.northernfc@gmail.com and you could be featured in the next Past Player Catch Up